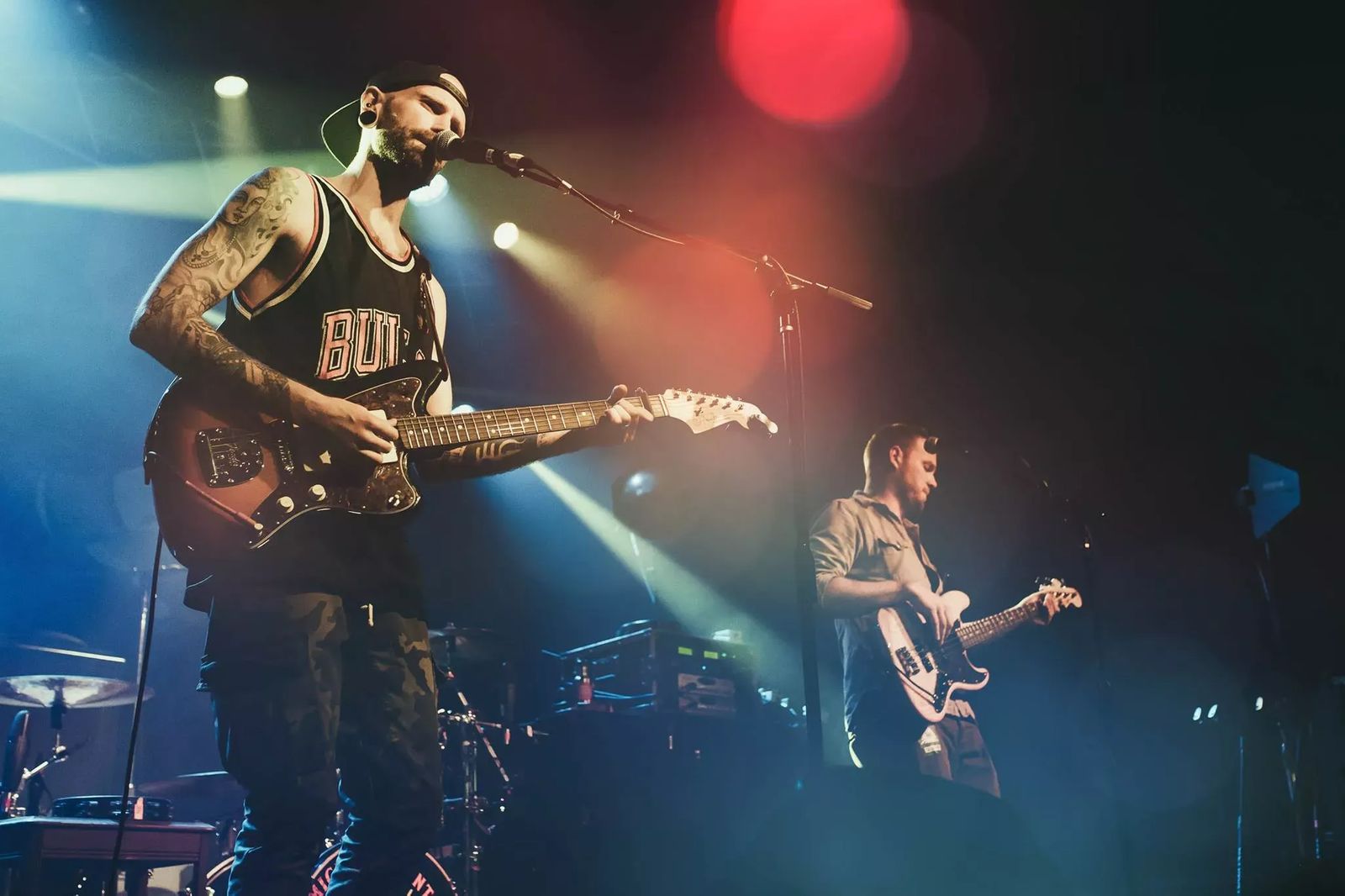 Satsang is a power trio creating a unique blend of soul, folk-rock and hip-hop. Satsang delivers lyrics that come from and are rooted in change, growth, awareness, and imperfection. The live show is everything that the band name suggests: a gathering of people to assimilate and share their truths. The rhythms put forth by the band keep everyone on their feet, and the lyrics leave them craving active and positive change. Satsang has toured all over the country and has shared the stage with the likes of Michael Franti & Spearhead, Steel Pulse, Nahko and Medicine for the People, Trevor Hall, Chris Berry, Mike Love, Jon Wayne and the Pain, Tubby Love, and many more.

Lead singer and songwriter Drew McManus creates music for his soul, fueled by the ever-present task of personal growth and the beautiful life that he found in the Beartooth Mountains of Montana. Commenting on his difficult upbringing in Des Moines and residency in Chicago, McManus says, “I grew up in an environment where aggression, violence, abuse, and addiction were always present. It made me a lot of things; angry, sad, and ashamed. I hated my story and I was a slave to addiction. I tried for so long to hide from the reality of my story and the reality of how beautiful life could be.” It wasn’t until an intense spiritual experience lead Drew to break his cycle of addiction. “I had changed my entire outlook on everything” say McManus, “I began to realize that had everything not happened to me exactly like it did, I would not be exactly who/where/what I am right now.” In an effort to share his revelation with others who may be in the same predicament, Drew began to write every day. “I was flooded with the urge to write down the lessons that kept revealing themselves in this surrender. And the connections I began making with other people by making this music vulnerable and open, began to change everything.” These songs are a statement of lessons learned and a further understanding of self. “The whole story is what makes it beautiful, not just the good bits."

Satsang released their sophomore album Pyramids in March of 2017 and saw it quickly rise to #1 on the Billboard Reggae charts and #2 on the iTunes charts. They also surprise-released a new EP, In Between Another Blink on 12/6 and had it crack the top 20 on the iTunes Singer/ Songwriter chart with no advance promotion. The band spent the majority of the past summer touring in support of Michael Franti, Trevor Hall, Wookiefoot and Nahko and Medicine for the People creating legions of fans from coast to coast.