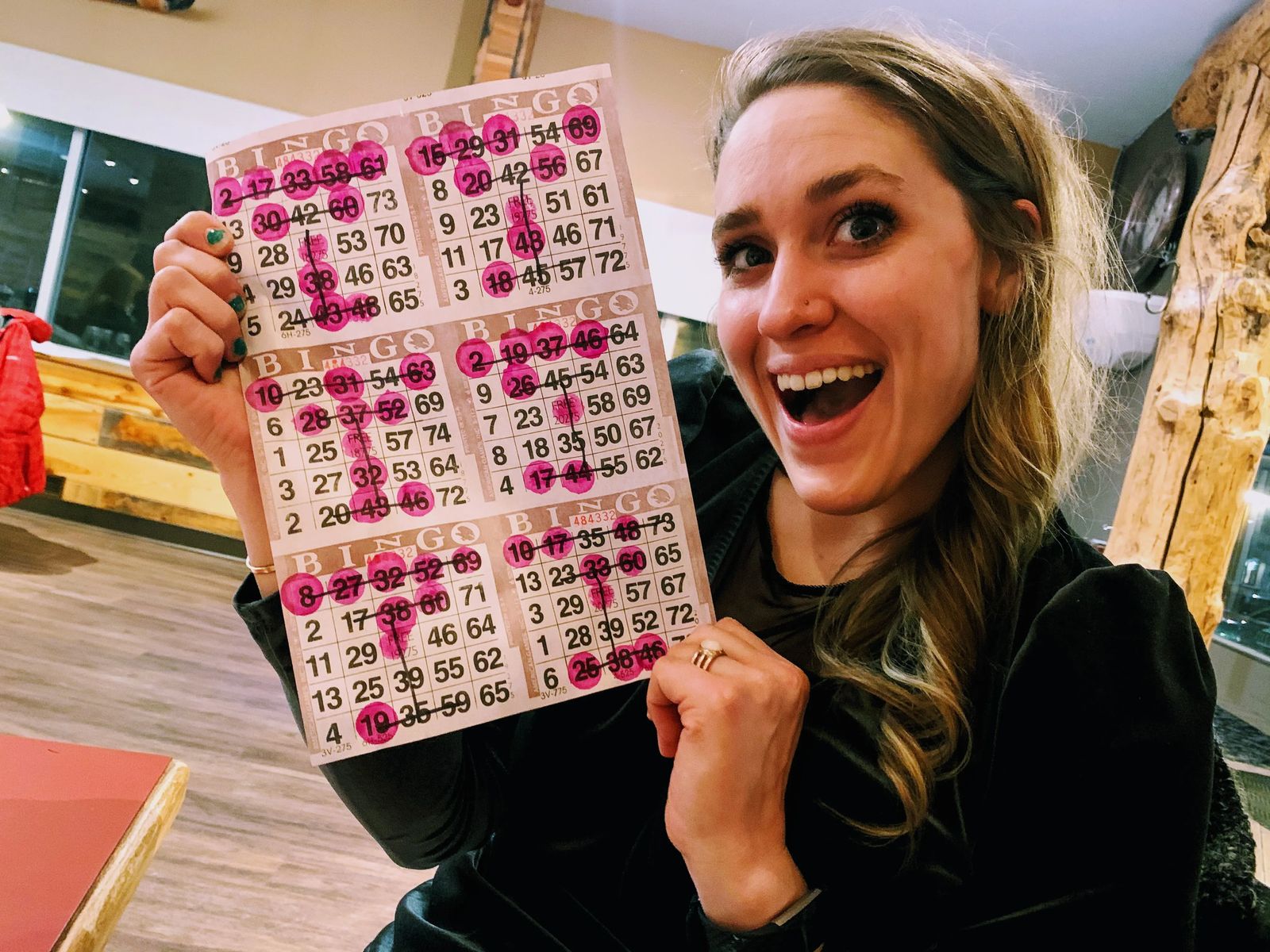 About four years ago, my mom, sister, and I sat at a high-top table at Doc's to play bingo the night the election results came in for the race between Trump and Clinton. Picture my mother, a staunch Trump supporter, gleefully dobbing her card beside my sister, a nobody-is-more-despicable-than-Trump denier, as she decried the end of the nation. This scene unfolded in front of a group of bingo babes — women and men both — half of which own businesses, participate in city government, and work as young professionals, and the other half old enough that they could get away with murder...or, at the very least, farting very loudly in public.

So it only felt appropriate that earlier this year, we were once again sitting around the bingo table, my sister gleefully dobbing her card while my mother decried the end of the nation as the inauguration of our new president, Joe Biden, took place.

I never imagined my life would lead me to a place where I coveted this perky and quirky little weekly to-do. But it did, and today, I'm proud to call myself a friend among the Bingo Babes. Bingo has become the measurement of time passing, of life evolving, and of my heart beating here in Central Montana. Nearly every week since 2015, I've gathered with my mom, sister, and a handful of good friends to drop all the drama of life and let that $31 pot be the only thing that mattered. The sound of those hollow balls being tossed around in that rolling wheel of luck has become as soothing as the sound of Wheel of Fortune playing in the background as I cook my microwave meal for one. 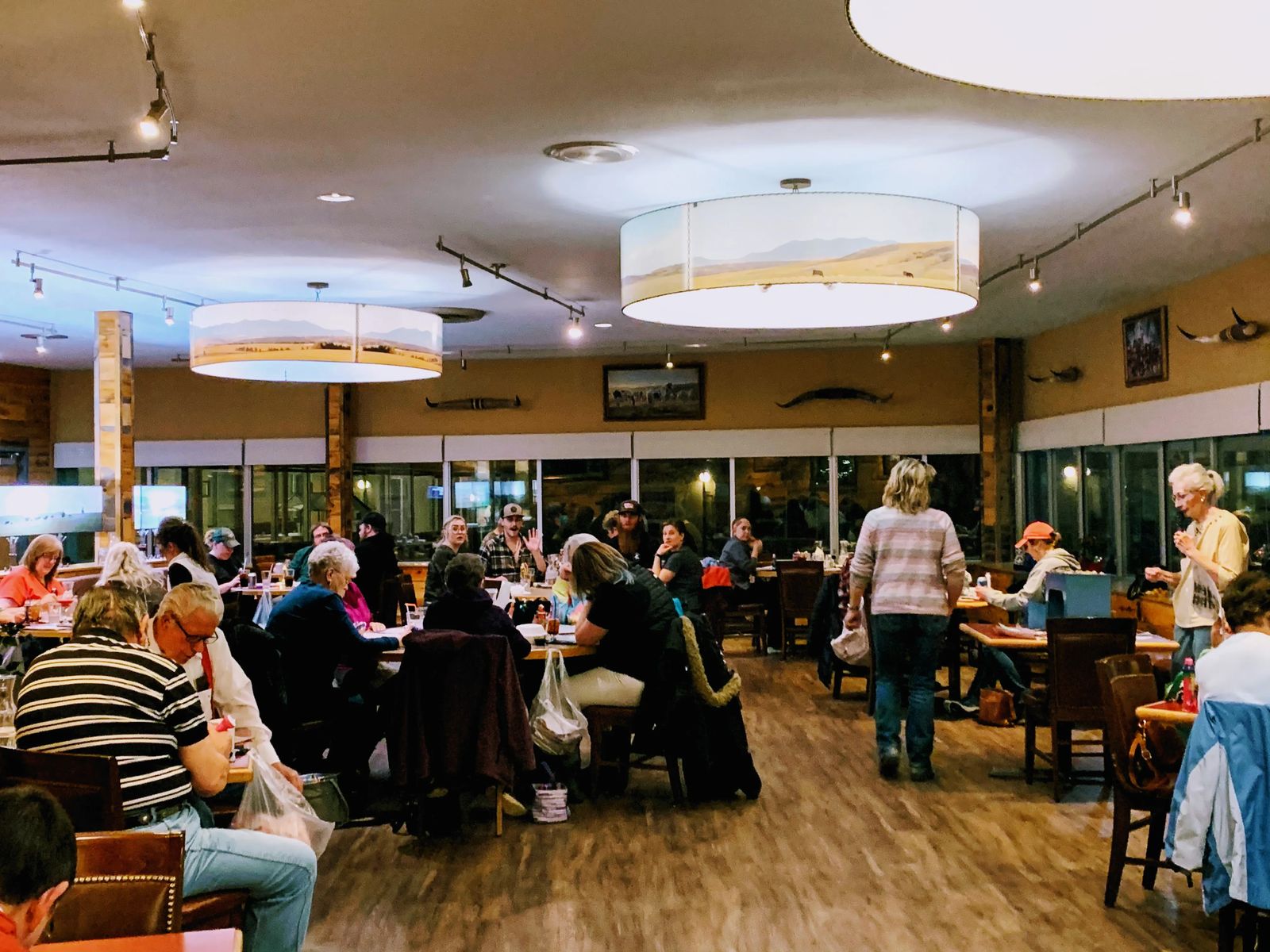 Bingo is hosted every Wednesday at 6pm at the Yogo Inn in Lewistown. $15 for 13 games.

Bingo was one of the first things to go when Covid hit, and it's been one of the things that has made my life feel the most out of sorts through everything. The return of Bingo night has been like the groundhog absent his shadow — it's a sign that sunnier times are ahead.

If you're curious to dip your toe in the Bingo pool and step into the sunny side of life, there are a few Bingo Babe etiquettes that you must abide by: 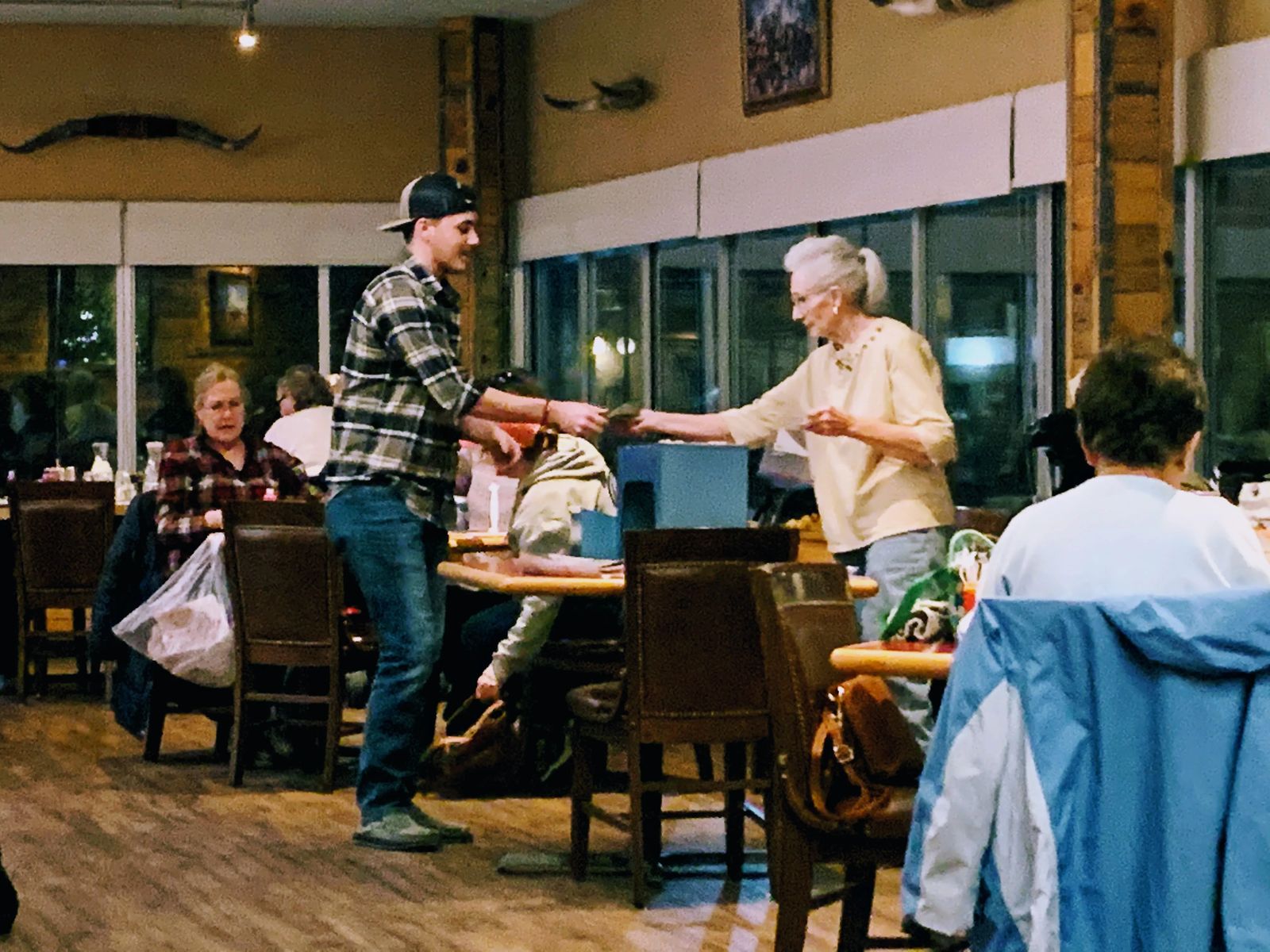 Our fearless bingo caller Margie has been the caller ever since the three of us started going to bingo at Doc's all those years ago. She's quite the classy lady with her sparkly earrings, colored eyelids, and curly white hair often pulled back with some sort of colorful accessory. However, the best part of Margie is her voice, which is a bit like a sassy Minnie Mouse. I could write an entire book on Margie...but we'll save the Margie Chronicles for another time.

If you don't play bingo regularly, you may not know a few critical parts of this little diddy that makes it so great. First of all, you're not just playing straight bingo where you dob five numbers in a line. No, these games have you dobbing patterns like pyramids and flags and pumpkins and chevrons. It's helpful to mark your card before the game begins so you know which numbers you have to watch for and which ones you can ignore (trust me, it's much harder to realize you have a bingo if you just dob everything). Sometimes, there are wild numbers so any number with a 3 in it is a freebee — which sounds like an advantage, but man, you've gotta be on your A-game for those! 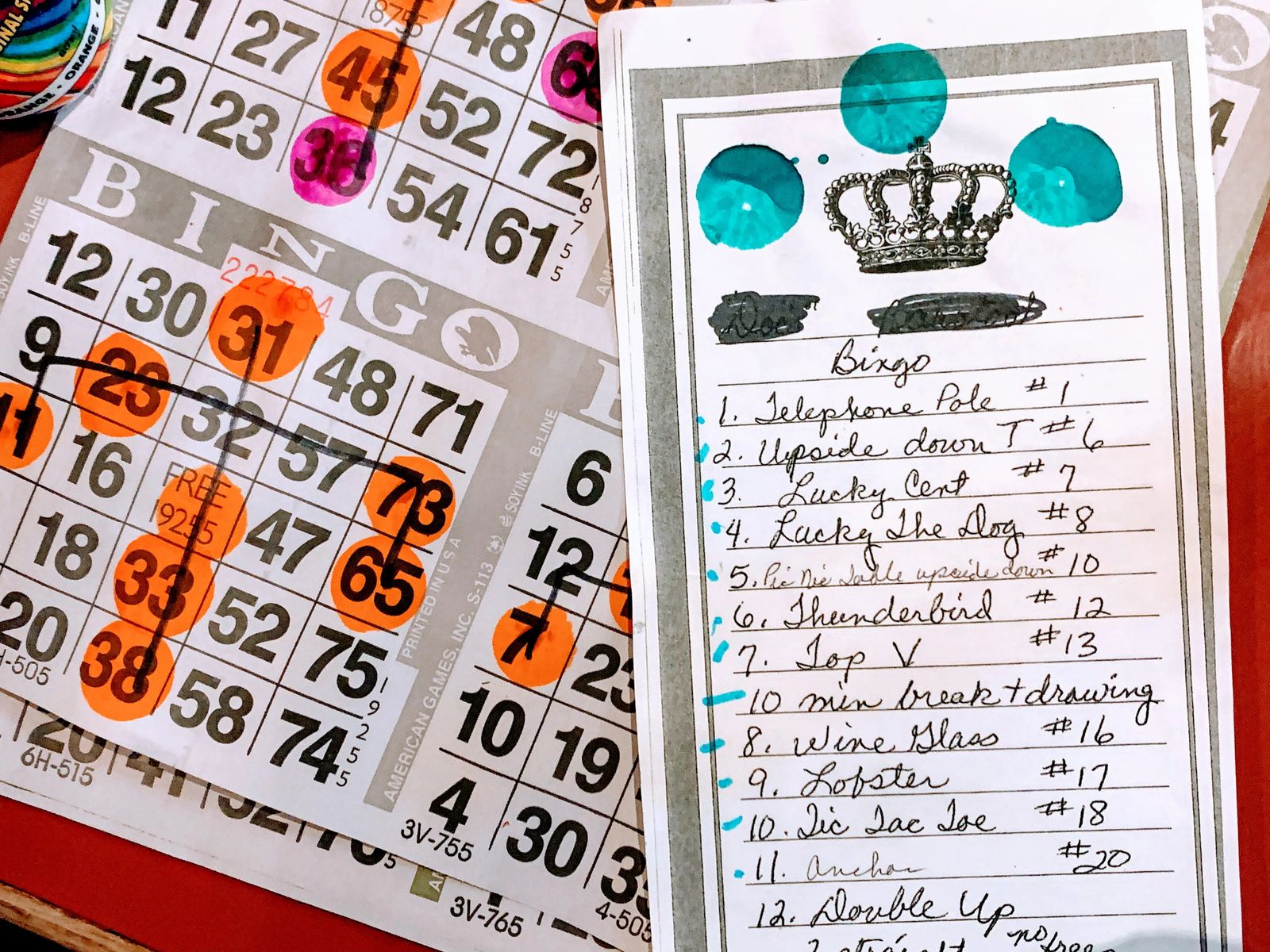 The other surprising part of bingo for newbies is that we actually HAVE FUN while we play. This is not your stereotypical stuffy hall where the bingo police escort you out if you make a noise. In fact, if you don't make noise, you're not doing it right! Some numbers are special, and when called, the room breaks into cheers that make absolutely no sense. My favorite number, I-22, demands you turn into the little engine that could with a high pitched "TOOT TOOOOOOO". And my favorite slutty number, O-69, is met with a high-pitched, construction-worker whistle from my sister and me; a "you sinners!" reply from the table to the left; and a sign of the cross from my auntie Ann. She's going to bring some holy water and a palm leaf one of these days and soak us in the word of god. And I think I'm going to start calling her O-69.

We've been doing these cheers forever, to the point that they're starting to become a little lackluster, and we are desperate for new material — which is where you newbs come in. What would you think of a Chinese fire drill number — every time a certain number called, we all have to run around the table? Or maybe choose a shot number that, when called, requires the table to take a shot (ummmm I think I'm gonna go ahead as start this one right away). My new brother-in-law Ben has the idea to start a cheer for B8 that's simply "Masterrrrrr B8". Much, much simpler, but fantastically inappropriate, soooooo...obviously it's a win.

Being a part of the Bingo Babe tribe is a wonderful thing. You find common ground with grocery clerks and chiropractors, bartenders and fitness teachers, retired nurses and that old guy you always see around town. Bingo is an everyman game that invites Trump supporting mothers, Trump denying daughters, and sex-averse aunties to gather over fried food, dry farts, and the thrill of that damn $31 pot. 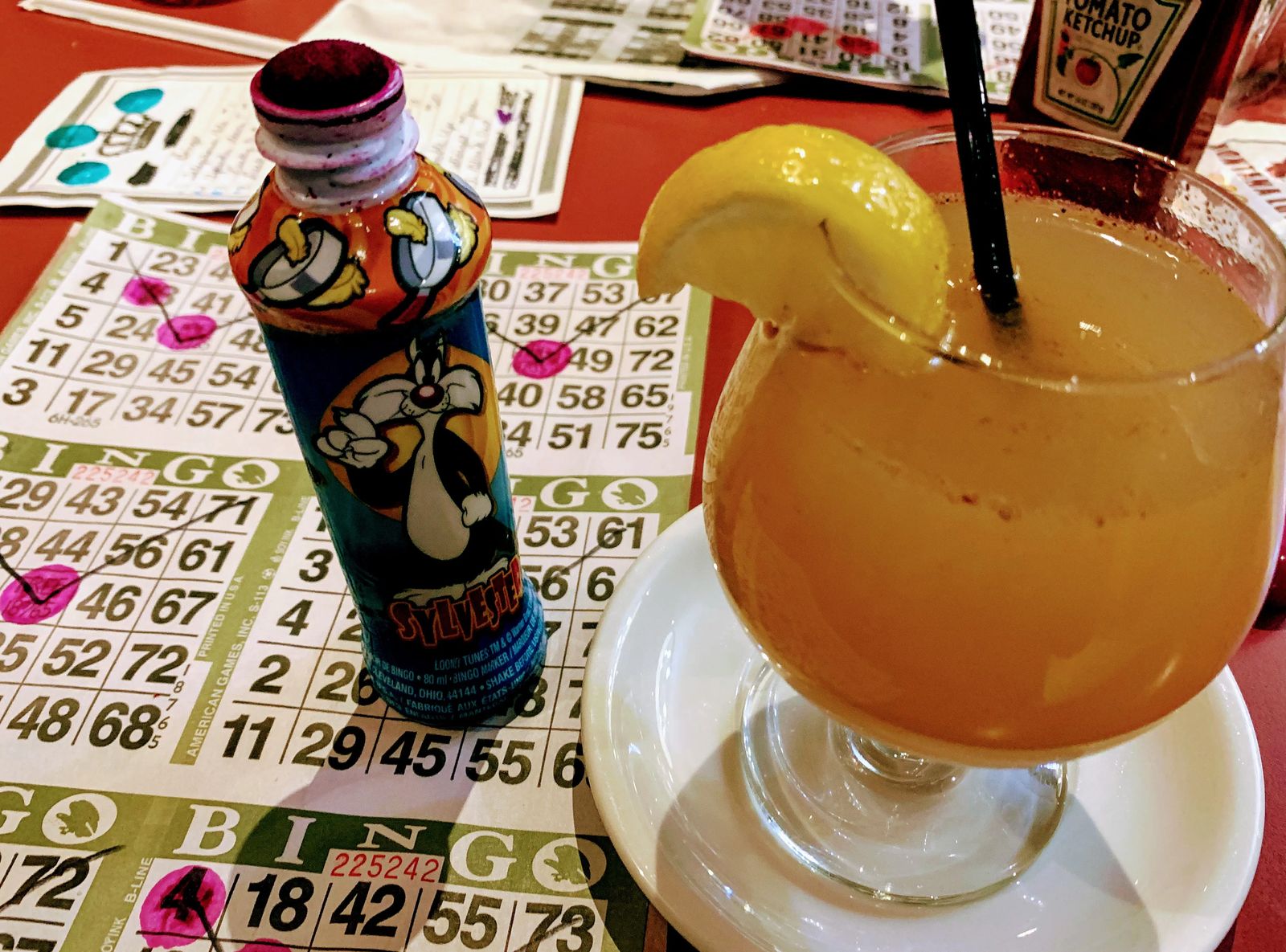 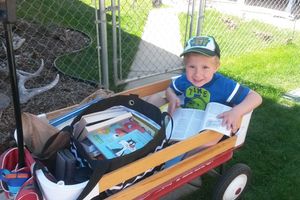 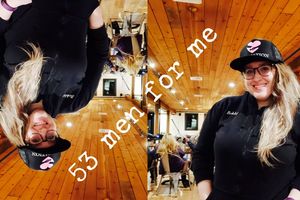 Being single in Central Montana has been described by some of my friends as “the worst thing that could ever happen.” I find it hard to believe that being single here, in the middle of Big Sky Country... 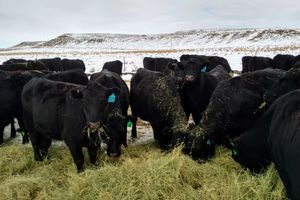 Big Ideas in a Small Town: Part I

The town of Winnett, population 185, is the smallest county seat in Montana. Located near the center of Petroleum County (total population, 475), Winnett would probably fit a geographic definition of... 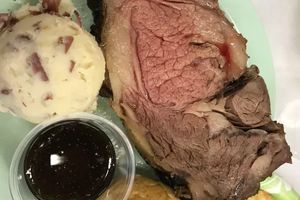 How Would You Like Your Potato? A Return To My Roots.

In my travels, I have noticed how food reflects the local culture, the flavors from a region, and unique dishes passed on from generation to generation. Not until I returned to my roots in rural Mont... 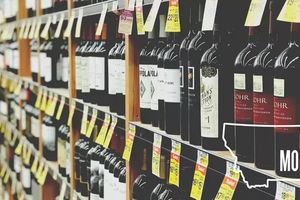 Dear Albertson’s,
I first met you in the 1990s, when Buttreys became a thing of the past and you became the new kid on the block. You’ve been there for me through a lot of things: the time I tried th...