The Only in Lewistown Tour

Only have a little bit of time but want to hit Lewistown's most unique attractions? Grab your camera and get ready for an afternoon of photo opps from your trip to the center of the state! You won't find these little gems anywhere else in the world.

Stop 1: Get your tickets for the Charlie Russell Chew Choo dinner train

All aboard the local Charlie Russell Chew Choo dinner train that travels a scenic 56-mile round-trip journey with a plentiful supply of antelope, eagles, deer, hawks and coyotes. Be sure to watch out for the masked bandits — rumor has it that hold-ups can occur when you least expect them! The tour begins northwest of Lewistown and follows the route of the old Chicago, Milwaukee, St. Paul, and Pacific railroad to Denton, MT and back again. The train travels on a spur track that was built in 1912-1913 connecting Lewistown and Great Falls.

Train rides are available on scheduled weekends and may also be chartered for special events. Regular or VIP rates are available for both children and adults. Passengers should allow approximately 20 minutes of travel time to reach the loading station. Check out all the details and get your tickets for the next ride!

Stop 2: Snap a pic with the Hanover train trestle from the train scene in Broken Arrow

The 150-person crew for Broken Arrow spent six weeks near Lewistown in the summer of 1995 to film the train sequences. Forty miles of track on the privately-owned Central Montana Railroad were used for filming, and the movie company used CMR engines and cars.

If the Charlie Russell dinner train isn't in the books for your weekend, at least swing by this trestle for some glamorous Central Montana photo opps.

Address: Drive 2 miles north of Lewistown and hang a left on Hanover Road. Once you pass a big red barn on your right, you're about 5 minutes away. Stop before you cross the bridge. You won't be able to miss the trestle - it'll be on your left.

Stop 3: The "Exact Center of the State" Stone in the Yogo Inn

As legend has it, when the modern-day Yogo Inn was being built, a stone was found buried below the earth's surface with the state of Montana etched into it. This stone had a note with it that claimed it was located in the EXACT center of the state. Previous to this finding, the exact center of the state was believed to be in one of the local's kitchen sinks. Now understood to be a clever marketing ploy by a handful of devious locals, this "artifact" is displayed for photo opps inside the Yogo Inn lobby. A "Montana's Center" plaque is also located next to the pool inside the Yogo Inn. Be sure to snap a photo here, as there's nothing more impressive than being in the exact center of the city that's smack dab in the middle of a state that's in the exact middle of nowhere.

Stop 4: Buy a Yogo Sapphire for your special someone

There's a type of sapphire, the Yogo sapphire, which is mined in central Montana near Utica. These rare sapphires were discovered in 1894 by prospectors panning for gold and are the only sapphires in the world that come out of the ground blue without being heat-treated. Although rumor has it that Princess Diana's engagement ring was a Yogo, this is probably not true—the stone is much too large and probably came from Sri Lanka.

You can find Yogo sapphires at a handful of shops downtown, including the Moccasin Mountain Art Gallery. If you want to try your hand at finding them in the wild, swing over to Yogo Gulch, about twelve miles to the southwest of Utica. Unfortunately, the major mines in the area are inactive for the most part, and due to the quality of the stones in the area, you’ll need to find someone with mineral rights who will let you work some of their land as most of the areas that produce these valuable gems have been claimed for decades.

Stop 5: Get up close and personal with a Minuteman Missile at Symmes Park

A solitary deactivated Minuteman Missile is available for the public to view in Symmes Park. The Minuteman was a Cold War-era intercontinental ballistic missile, nestled in a silo and at the ready to respond to an inbound Soviet attack. Fun fact, the Minuteman installation at Malmstrom Air Force Base (just north of Lewistown) was allegedly visited by a UFO in early 1967.

Stop 6: Check out Big Spring Creek through some plexiglass inside the Montana Tavern

When the town was constructed, part of it was built over the creek, which has inspired a handful of locals to float through town, underneath Main Street, in the pitch black. For those of us that hate spiders and rats (also just known as those of us that aren't crazy), you can enjoy Big Spring Creek in the Montana Tavern located on 2nd and Main, the local bar that holds the claim to fame as "the only bar in central Montana that runs over Spring Creek." When you walk in the front entrance of the Tavern, turn left and you'll see that which is raved about: a wooden box with plexiglass on top that, when peered into, allows one to see some muddy water and a few pieces of trash. It's a sweet story, though: the original owner allegedly built the hole so he could fish while he worked...then, according to one local, "people used to come in here after the bar closed and float down the river and steal booze."

While you're there, you may as well grab a drink, and in the spirit of being a true Central Montanan, I'd just do some Jack on the rocks. 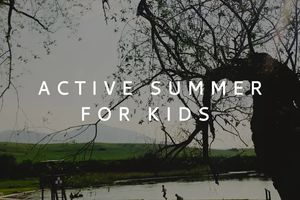 When you've got a kiddo that loves to be active, Lewistown is the perfect place for letting them have fun! From parks to drag racing to dipping in a gigantic warm spring, Central Montana is the perfec... 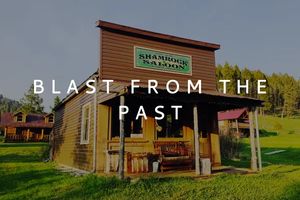 Blast from the Past

Lewistown's modern history starts around 1874 with the establishment of Camp Lewis. Following that, the area went through a number of changes as the Metis, cattlemen and sheep ranchers, miners, farmer... 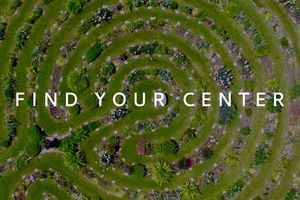 Find Your Center in Central Montana

Central Montana is a haven for those looking for a little space and time to reconnect with what's important. Take some time to yourself and wind through the most relaxing stops in Central Montana. 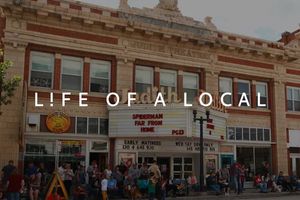 Life of a Local in Central Montana

Want the authentic Central Montana experience? Chill out with the itinerary that will show you the real side of Lewistown. 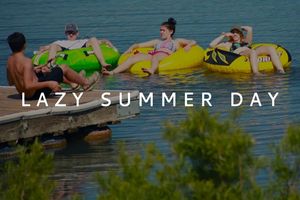 There's no better place to laze it up than in the middle of Montana. Grab some snacks and a towel and get your chill on. 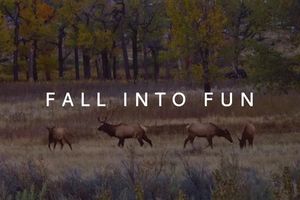 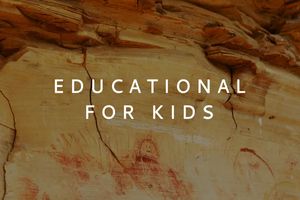 Central Montana has two fabulous museums: the Central Montana Museum located in Lewistown and the Winifred Museum out in Winifred. If your kiddo enjoys old pictures, books, fossils, memorabilia, and l...